At street-level, the layout has been reconsidered as a large unitary space available for use by citizens and for commerce. The old inner courtyards of the former hospital, which historically served as a ceremonial space and a walkway, have been transformed into new open piazzas conceived as the spontaneous expansion of Corso Italia for which complete pedestrianisation is envisaged. Well-lit pedestrian tunnels connect the latter with Via Giacchero in a dynamic, bi-univocal building-city relationship, rather common in European contexts. The interior and exterior intermingle, rendering it easy for everyone to utilise the upper floor that can be reached through the faithfully-restored monumental staircase or via the convenient lifts where the public and private offices are located along with the charming chapel also restored and given back to the community. 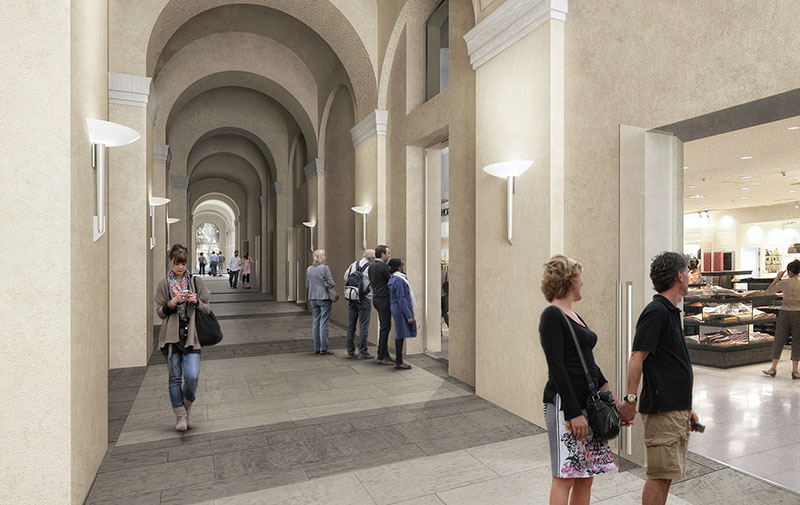 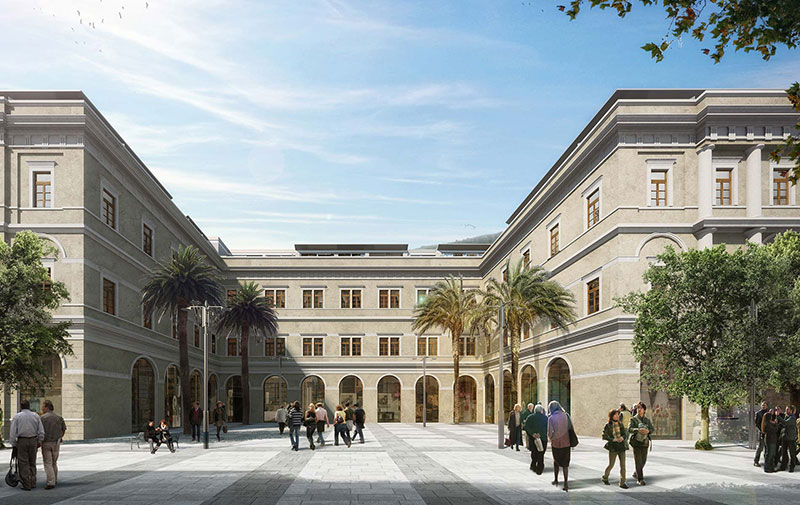 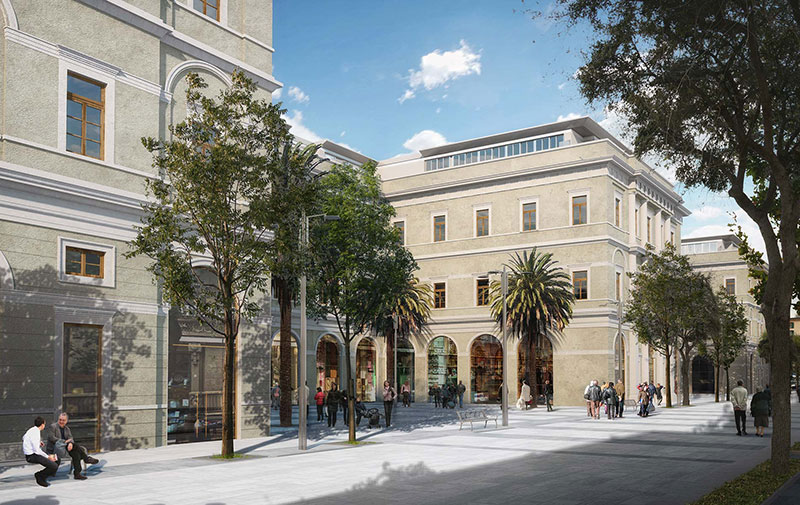 The current Corso Italia roadway and that of the existing footpath on the San Paolo side (set to be removed), will be entirely paved in flat two-tone grey granite slabs. This paving will extend seamlessly throughout the public areas inside and outside the building, even on the pedestrian stretches of Via Giacchero, Corso Mazzini and Piazza Giulio II, so as to create a public pedestrian space with continuity, both in terms of use and materials.

The same criterion will be applied to the design of the greenery in the public spaces that will support the new "outgoing" vocation of the former hospital with the aim of preserving the historical-cultural values of the existing ornamental vegetation. For this reason, it was decided to re-use tree species already present in the urban context of Savona and historically consolidated in ornamental use, albeit with a slightly different distribution in respect of that currently existing.

The public lighting and outdoor seating will be completely renewed.